Creating a Sales Culture That Brings Home the Bacon 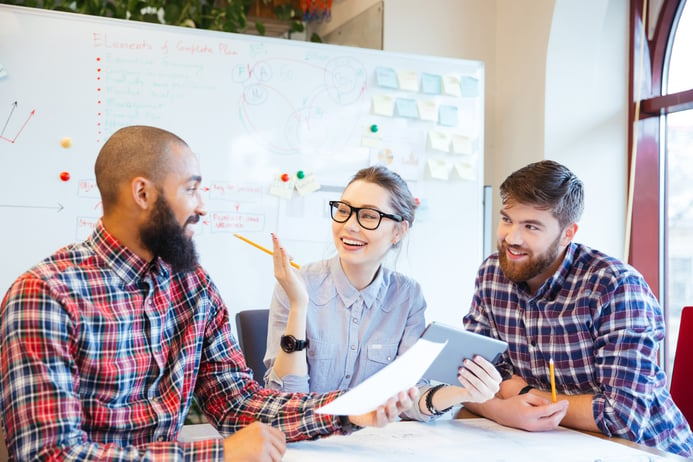 In the past few decades, the concept of a “company culture” has become increasingly important for businesses of all sizes. Slowly, the notion that the culture of a workplace has a heavy impact on its workers has trickled down from the overall business level to individual teams.

Today, we know that the ideal culture of a sales team isn’t the same as the culture of, say, an IT support team. Their goals, key performance indicators, and day-to-day activities are just vastly different.

Considering that – what kind of sales culture does your insurance agency need, to be as productive as possible? We’ll explore that question in-depth right here.

Defining sales culture isn’t easy – the concept is inherently esoteric because you can’t measure it as easily as you’d quantify quotas, monthly revenue, or the average tenure of a team member. However, the fact that it’s harder to define doesn’t make your team’s sales culture any less important.

The sales culture permeating your insurance sales team is one of the key predictors of success for your sales team; its quality will affect your salespeople's numbers, productivity, and satisfaction with their job.

What is the Culture of An Organization?

So, without strictly defining your sales culture, we could say that it doesn’t just indicate what your sales team does – but how, when, and most importantly, why they do what they do.

Whether good or bad, the general company culture of any organization is one of its most all-encompassing elements. You grow, develop, and maintain it over long periods – primarily by establishing specific standards and practices.

With that in mind, we can define your sales culture as the total sum of your sales team's values, attitudes, and habits. And while any team’s culture differs from the next, a few attributes that any productive sales culture should have are transparency, competitiveness, support, and meritocracy.

Of course, while those attributes are all positive, many sales cultures don’t foster them in practice. Those are the toxic cultures, which insurance salespeople often describe as unprofessional, cutthroat, and stressful.

And while those two sets of attributes are the broad strokes of “good” and “bad” sales cultures, there’s no ultimate blueprint for a specific team. However, while the elements of a productive, healthy culture vary wildly from one company to the next, there are some consistent positive and negative indicators.

The Makings Of A Great Insurance Sales Culture

If you want to ensure your team enjoys (and maintains) a great sales culture, you’ll need to ensure it's present at all levels of your sales organization. All staff members who work in sales or are a part of the sales ecosystem in your insurance agency and have to understand the values your sales culture promotes – and the actions and behaviors expected of them to maintain such a positive environment.

The good news is that this is relatively easy, provided you communicate those values properly – if the team sees that positive workplace culture is beneficial, it’ll stick with them quite easily.

So, what does a proper sales culture look like? It has many elements, such as:

Creating An Atmosphere of Healthy Competition

Here’s another fact that works in your favor – most insurance agents (and salespeople in general) have competition coursing through their veins. It doesn’t take much to foster competition,  as long as they’re fairly compensated for their success.

However, the word of the day here is “healthy”,  and healthy competition is far more difficult to achieve in the long run. It’s a tricky balancing act; you must ensure you’re keeping the competitiveness between team members at a friendly level before it escalates into counterproductive cutthroat behavior.

So, you need to keep their competitive spirit alive without having them turn against each other.

As with most other teams in life, the easiest way to unity is to give them a common foe – an external enemy, like r a market competitor that’s just close enough to be beaten.

Also, you can always provide incentives for the sales staff to surpass their own individual records. When they’re working toward beating their results from last quarter or last month, they’ll still have that competitive energy – but it’ll be working against their own achievements instead of their peers’ success.

Once such an environment is in place, you’ll be able to pair more experienced sales agents with newbies safely – the latter will gain a lot from the mentorship of the former, and you’ll increase the level of teamwork across the board.

One of the biggest issues that many sales cultures struggle with is losing new people and constantly onboarding new ones – which is why you want to keep insurance agent turnover to a minimum. A continually changing team roster is a recipe for low morale – and training and hiring new people is always expensive.

Of course, you can reduce turnover by choosing your new hires more carefully and only going with the best. But apart from that, it’s also essential to ensure those new hires have enough support and coaching from the middle management.

Polling new agents for feedback on the training process and instituting a more structured onboarding routine is a great way to keep more people. And, of course, money is always one of the biggest reasons high-performance salespeople leave a company – so ensure their earnings are on par with the standard in your region, specifically for their roles.

Building a healthy culture makes it that much easier to get the business outcomes you’re hoping for. Not only will you be able to reduce employee turnover and increase the chances your most talented agents stick around, but also it will be easier to attract top talent moving forward.

As you begin taking steps to improve your culture, know that AgentCubed can help. By equipping your team with the tools they need to thrive and making work easier, you’re setting your team up for success and contributing to a healthy, engaging culture.

The Importance of a CRM for Growing Your Book of Business

Why Scripting Is a Bad Idea for Your Insurance Call Center