Hurricane Season 2022: Preparedness Tips to Share with Your Clients 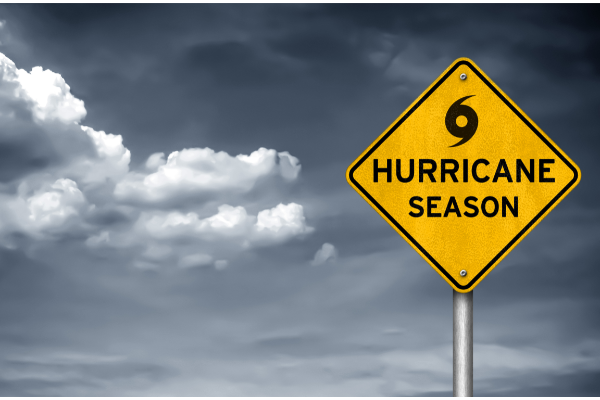 June 1 signaled the beginning of the 2022 hurricane season, and it extends to late fall. More worrisome, experts say this year is shaping up to be potentially intense. The National Oceanic and Atmospheric Administration (NOAA) has predicted above-average activity, making this year's summer-to-fall stretch the seventh consecutive above-average hurricane season.

The following are some of the safety tips that insurance agents and P&C insurers can share in a newsletter, email or blog with their clients and prospects to help them prepare for the 2022 Hurricane Season.

Hurricanes can be catastrophic, some more than others. Hurricane Katrina, which barrelled across the Southern U.S. in 2005, remains one of the deadliest and most costly in U.S. history, resulting in more than 1,800 deaths and approximately $161 billion in cumulative damages. The Category 5 storm devastated New Orleans, as well as other parts of Louisiana and Mississippi. At its pique, Katrina caused 33 tornadoes, winds of 175 mph, and 30-foot storm surges in the hardest-hit areas. More than 90,000 square miles stretching from Florida to Texas were affected.

Hurricane Harvey slammed into the coast of Texas on August 25, 2017 as a Category 4 storm and managed to make landfall three times in six days, leaving catastrophic damage in its wake. The storm killed at least 88 people and damaged or destroyed more than 200,000 homes across Texas, Louisiana, Mississippi, Tennessee, and Kentucky. Leaving behind more than $125 billion in damages, Harvey is considered the second most deadly hurricane in American history after Katrina

Not long after Harvey, Hurricane Irma arrived on Sept. 10, 2017, this time in Florida, where it first struck in the Keys as a Category 4, then pummeled more than 90% of the state. The massive storm caused the evacuation of more than 6 million people in Florida, and also wreaked havoc in Georgia, Alabama, Tennessee and South Carolina with destructive storm surges and winds that raged, by some estimates, as high as 177 mph. Considered the fifth costliest storm to hit the mainland, Irma caused more than $50 billion in damages.

Florida took another hit in 2018, when Hurricane Michael made landfall near Panama City in what was first believed to be a Category 4 and later upgraded to a Category 5 by the National Hurricane Center. The strongest hurricane on record to hit the Florida Panhandle, Hurricane Michael roared across the Southeast, causing more than $25 billion in damage along the way.

Have Your Disaster Kit Ready to Go

In the event of a hurricane, a basic disaster supply kit can be a lifesaver. Be prepared to shelter in place for at least a day or two and keep your kit in an accessible place. Pack items as efficiently as possible in case you need to be mobile, and replenish expired or aging items as needed. Basic items to pack in your kit include:

A hurricane shutter is a metal or wood panel that closes off access to an opening to the outside. The purpose of shutters is to lower wind speeds so they do not exceed the maximum capacity of barriers and cause damage.

It’s a good idea to inventory personal possessions in the home at least once a year to be sure you have an accurate list of valuables and other items. In the event of a hurricane, inventory of their possessions immediately after a hurricane to determine what’s missing and what’s intact.

Batten Down the Hatches

Hurricane season is a great time to think about anchoring outbuildings like outdoor storage facilities or garden sheds. If you want to tackle the job yourself, a quick Google should yield several articles and how-to videos to help secure these structures.

It’s also a good idea to get a professional roof inspection, so you can find and repair any existing damage that leaves you vulnerable. Even a lower-category hurricane can cause extensive roof damage, including:

And don’t forget to clean clogged gutters before the threat of storms is imminent. Taking action now can help mitigate extensive damage later on.

During hurricane season, trees overhanging your roof can be particularly dangerous. Branches should be trimmed, especially those near the home and power lines. Doing so now can help keep flying limbs during a hurricane to a minimum, and make clean-up afterwards easier to handle.

Dust Off those Policies

Hurricanes typically occur between June and October in the Atlantic coastal regions. Now is a great time to remind customers to re-familiarize themselves with the specifics of their insurance policies to be sure they’re fully covered in case of a worst-case scenario.

For example, a roof damaged by high winds should be replaced as soon as possible to prevent further property damage, or residual flooding may make the home temporarily uninhabitable. Worse yet, a total wipeout could occur, and the entire home and all its contents may need to be replaced. Work with your customers to make sure their existing policies are sufficient to keep them covered in the event of a major hurricane.

Consistent and Personal: How to Compete with National Providers for P&C Insurance Sales